Although the Mumbai Indians were favourites until even just about an hour ago it was the Chennai Super Kings who clinched that trophy at the last minute. Great score. Well done to the Chennai super kings for winning the IPL final 2010, they have been in the final before but lost to the Rajasthan Royals. You did not know who would win until the last over!

Great match and congratulations to the wonerful MS Dhoni and team 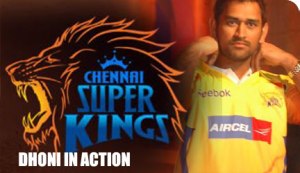 2 thoughts on “Chennai prove to be Super Kings”