On Saturday night, I was sitting with a glass of wine when I decided to scroll through Facebook.

I saw that a friend of mine shared a link to the Filmfare website in which it said legendary actress Sridevi had passed away. For a moment I thought, what, wait, no this isn’t real. It must be a hoax, so I ignored it. A little while later, Twitter, Facebook and news sites were flooded with the confirmed news that Sridevi, one of my childhood icons was no more. 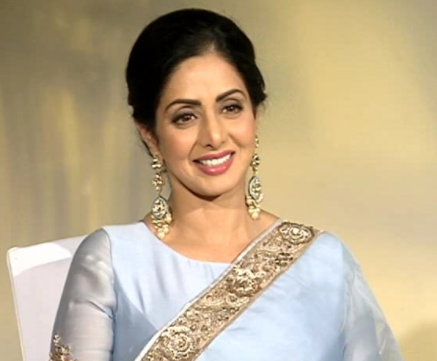 On Sunday, my social media timelines were continuously filled with the tributes, pictures, videos and the general shock and surprise at her untimely death. Sadness filled my heart. People were posting videos, pictures but I could not bear to watch any videos for very long. I did however catch a little of Mr India on TV, in which she plays a bubbly, smiling, positive reporter and that is how I will remember her.

My earliest memory of Sridevi is when I saw my first Hindi film in the cinema at around the age of 11 or 12, at the Savoy Cinema in Nottingham where I saw the iconic (and at the time very modern) Lamhe. I continued to grow up on her films, Chaalbaaz, Chandni, Gumrah, Judaai, Laadla and plenty more! More recently Sridevi enthralled audiances in English Vinglish and Mom.

I still can’t believe it to be honest, a feeling that I think is shared by many.

I write this with tears in my eyes, it’s like a piece of my childhood has died. She was the epitome of the Indian female superstar. She could act, dance and evoke emotion. When she came on screen, all eyes were on her. In Chandni, every Bollywood-loving girl wanted to be that woman, being romanced by her hero, while wearing a yellow chiffon saree, in Switzerland – a moment recreated in the recent Karan Johar film; Ae Dil hai Mushkil.

Sadness overwhelms me as I’m listening to the soundtrack of Chandni. How can someone pass away at only 54. Sridevi wasn’t just an actress; she was all that and more. A trendsetter, she was a woman who didn’t speak Hindi or English well at first, but became an A-lister. She was a fashionista, a mother, a friend and a lot more. 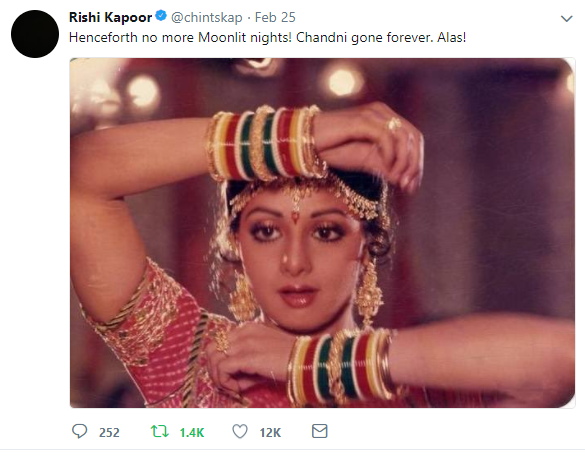