I recently came across this on Facebook written by a Cambodian girl called Kanitha Kan and could really relate to it, i’m 33 and single and often am asked… but why? Well maybe it is because I don’t want to be with just some Raj, Ravi or Rahul. I have a choice! This post is dedicated to every woman who stands up for what she believes in and who has made her choices for herself: 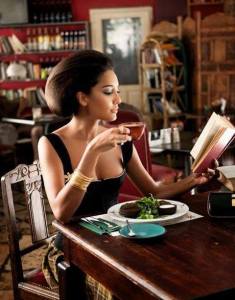 Yes, we cry, we are emotional; we take things personally, and sometimes over-react to situations. But this does not give any one the right to judge us in the wrong way. Times are changing; don’t confine her within those boundaries, no matter how orthodox you are. There are some who might be fighting this losing battle, yet compromising on their decisions and plans, just to please society.